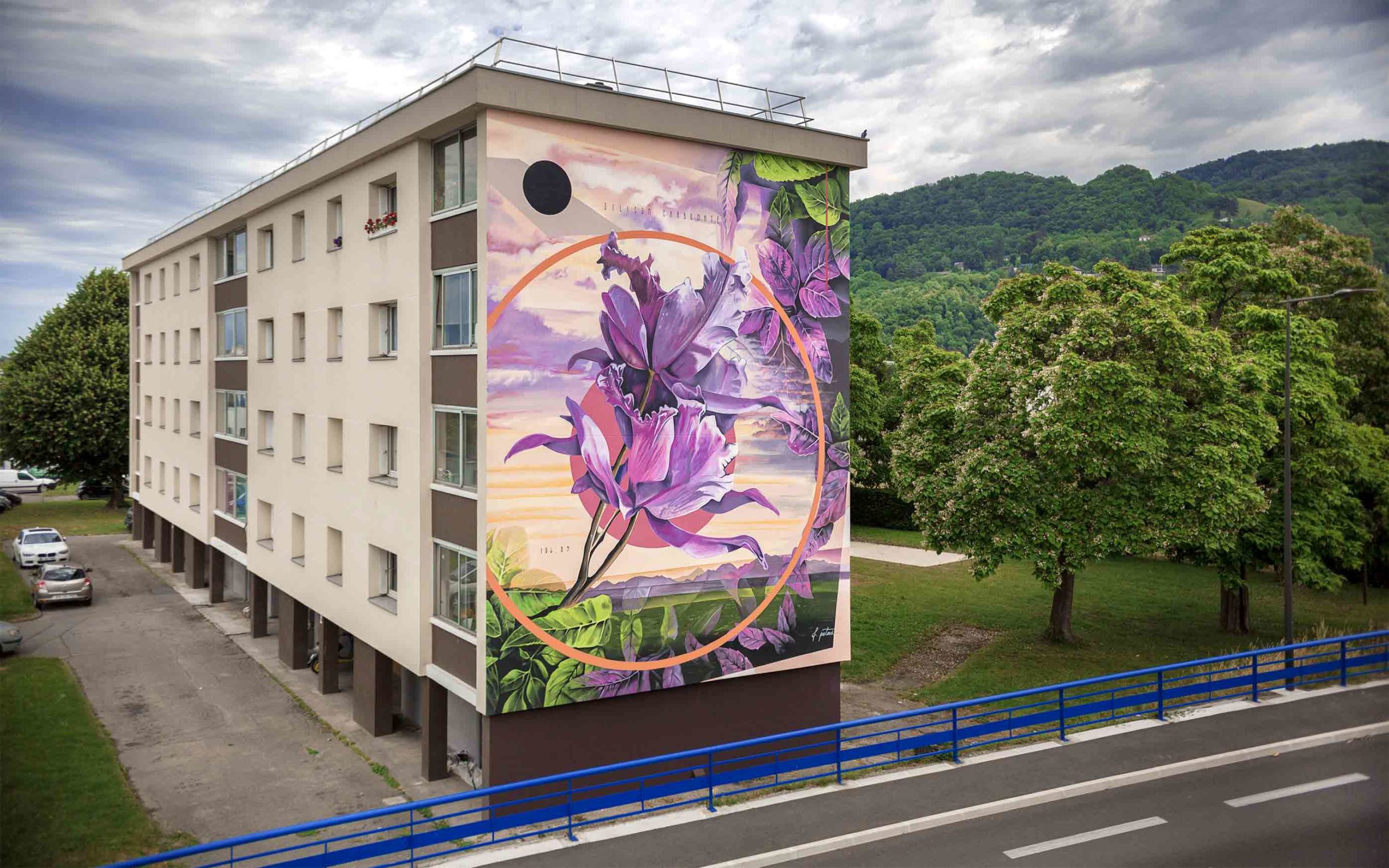 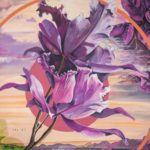 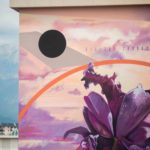 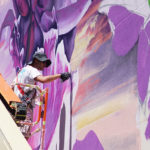 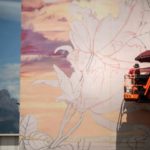 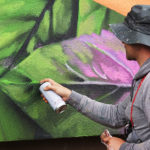 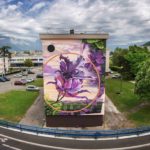 The mural created depicts a natural glimpse that binds and gives continuity to the
surrounding landscape, allowing the work to integrate harmoniously into the context. The
circle and the arrangement of the leaves on the right side represented a protective
embrace towards the central flower, a Cattleya Mossiae. areas surrounding the work you
can find an endemic species of mountain orchid).Each of my interventions is named after a chemical compound that has a link with the
situation. In this case I wanted to use Silicon Carbonate as:
– Mario Santoro and Federico Gorelli of Lens – together with researchers from the Institute
for Chemical-Physical Processes of Cnr, of the European Synchrotron Radiation Facility
(ESRF) of Grenoble, and of the University of Montpellier 2 – have obtained the synthesis of
a new compound from the chemical reaction of carbon dioxide (CO2) and silicon oxide
(SiO2): silicon carbonate. By experimentally reproducing pressure and temperature
conditions similar to those of the Earth’s mantle (layer of the globe located at depths
between 10 km and 3000 km), the researchers triggered the chemical reaction that
produced the synthesis of the new compound, thus demonstrating among other things,
the possibility of synthesizing new materials of technological interest.
« We compressed and heated a mixture of carbon dioxide and silicon oxide to about
200,000 atmospheres and 300-400 ° C in a diamond anvil cell, a necessary device for
obtaining such high pressures – explained Mario Santoro – The formation of the
compound was detected through optical, Raman and infrared spectroscopy
measurements, and X-ray diffraction measurements carried out with synchrotron light ». –
Source LA STAMPA.
This explains the common thread that unites Italy and France on a conceptual level in my
pictorial intervention.
From the whole team of the Grenoble Street Art Festival we were warmly welcomed and
pampered for the entire duration of the work thanks also to the super work of all the
volunteers who assisted me at the wall. A formative experience on a personal and artistic
level for having shared the days with other fellow artists from different parts of the world
and for having seen the work of the festival team.